😲 Facebook just announced that they are relicensing React under MIT license and I think this is huge for so many reasons.

“Next week, we are going to relicense our open source projects React, Jest, Flow, and Immutable.js under the MIT license. We’re relicensing these projects because React is the foundation of a broad ecosystem of open source software for the web, and we don’t want to hold back forward progress for nontechnical reasons.

This decision comes after several weeks of disappointment and uncertainty for our community. Although we still believe our BSD + Patents license provides some benefits to users of our projects, we acknowledge that we failed to decisively convince this community.

In the wake of uncertainty about our license, we know that many teams went through the process of selecting an alternative library to React. We’re sorry for the churn. We don’t expect to win these teams back by making this change, but we do want to leave the door open. Friendly cooperation and competition in this space pushes us all forward, and we want to participate fully.

This shift naturally raises questions about the rest of Facebook’s open source projects. Many of our popular projects will keep the BSD + Patents license for now. We’re evaluating those projects’ licenses too, but each project is different and alternative licensing options will depend on a variety of factors.

We’ll include the license updates with React 16’s release next week. We’ve been working on React 16 for over a year, and we’ve completely rewritten its internals in order to unlock powerful features that will benefit everyone building user interfaces at scale. We’ll share more soon about how we rewrote React, and we hope that our work will inspire developers everywhere, whether they use React or not. We’re looking forward to putting this license discussion behind us and getting back to what we care about most: shipping great products.”

What a time to be alive. A true roller coaster ride I must say. I spent last week analyzing so many JavaScript libraries that I had never imagined existed. Each one of these frameworks had benchmarks better than every other library.

After all of that, I kept getting back at React. I know one week is far too small of a time frame to judge this kind of thing but being a React developer, it’s not like I didn’t know what ES6 was and had to figure things out from scratch.

I thought long and hard about all this. There’s more to it than meets the eye. If WordPress moves away from React, then potentially (and read that word again, potentially) new developers if want to learn React — they basically quit the WordPress ecosystem to do so.

🎯 It’s also very personal to me. Investing time in a new JavaScript framework is difficult. Especially when you know that the new framework is far less popular, it has a much smaller community, and that the jobs scene is not even there yet.

E.g. There’s this new Salary calculator at StackOverflow that I just noticed today, and in the JavaScript section, it only features, AngularJS, NodeJS, and ReactJS. There must be a reason why, Vue, Marko, Preact, Inferno, etc. are not there? 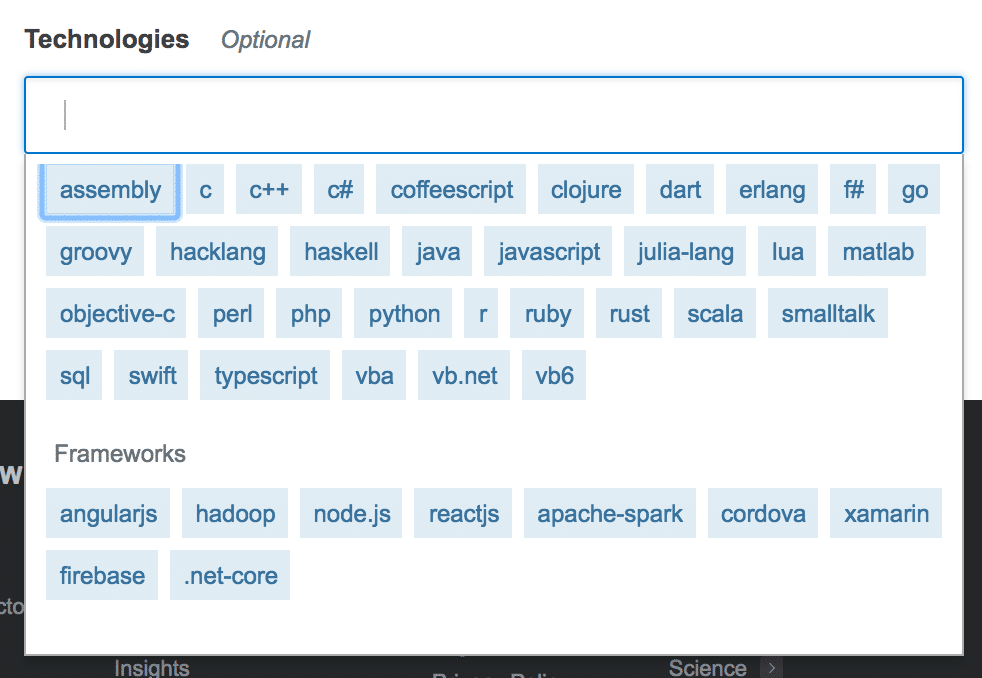 Anywho, that’s not even the point here. It’s 4 AM in the morning and I haven’t slept. I guess what I am trying to say is that my thought process might be a bit slow right now because I think that WordPress had something to do with this change.

✌️ And maybe on a very small level, I played a part too. You know by creating these Twitter and Facebook polls, by reaching out to the community and talking about how we should move away from React, I think I did start some sort of a linchpin movement against React which caused folks from the entire JavaScript community to care. Folks from all around the community got together and started discussing the issue, and I can’t help but think that WordPress still happens to have a major influence over the internet.

After having a strong commitment with WordPress for last couple of years, I had started to get worried about the WordPress community. Almost every other core dev I had a chat with was worried about both the future of WordPress and their career.

Some community members had a huge amount of investments riding on this decision, Gutenberg, and everything. Imagine having a team of 30+ engineers where half of them are React developers? Where to now?

Well, this post is just a brain dump, and I plan to write about this more eloquently. That said, React is the clear winner here. I know Facebook has a bad reputation of not caring about others businesses but with React they have built a huge ecosystem, and this change of license speaks to how much they have improved so far.

Call me an optimist but this gesture of good faith from Facebook does mean something to me.

I spent the entire last week finding a single JavaScript library that could compete with React and I failed. React has the biggest open source JavaScript ecosystem and support behind it. It has the job market, it has the most components, most active maintainers support, and it’s backed by actual data from a company (Facebook) that tests it with 2 Billion daily visitors.

A WordPress developer who wants to stay up to date and learn new things can now start learning React. Even if you end up leaving the WordPress community at some point in your life, there are huge companies out there who will hire you, say Netflix, Alogolia, Assembly Facebook, etc.

The competition just doesn’t stand near the ecosystem of React — and that’s coming from someone who was rooting for Vue JS if React was out of the picture. In my opinion, with MIT License and with the most active and biggest open source JavaScript community behind it — React is the definite choice to stick with.

My vote is back with React now. — Faith in humanity restored.

Some sick picks from the tech community.

I'm happy for the React team – they can now focus on improving React instead of dealing with shit that's not actually their responsibility.

In hindsight this is not surprising: The #React license issue was causing wide spread abandonment. Facebook wants to regain market position.

🔥 #React will be released next week with MIT License!
I'd like to think that @WordPress – React breakup & I did play some small role here.💯

Thank you! Now do this for GraphQL as well?

And a few from the HackerNews thread… 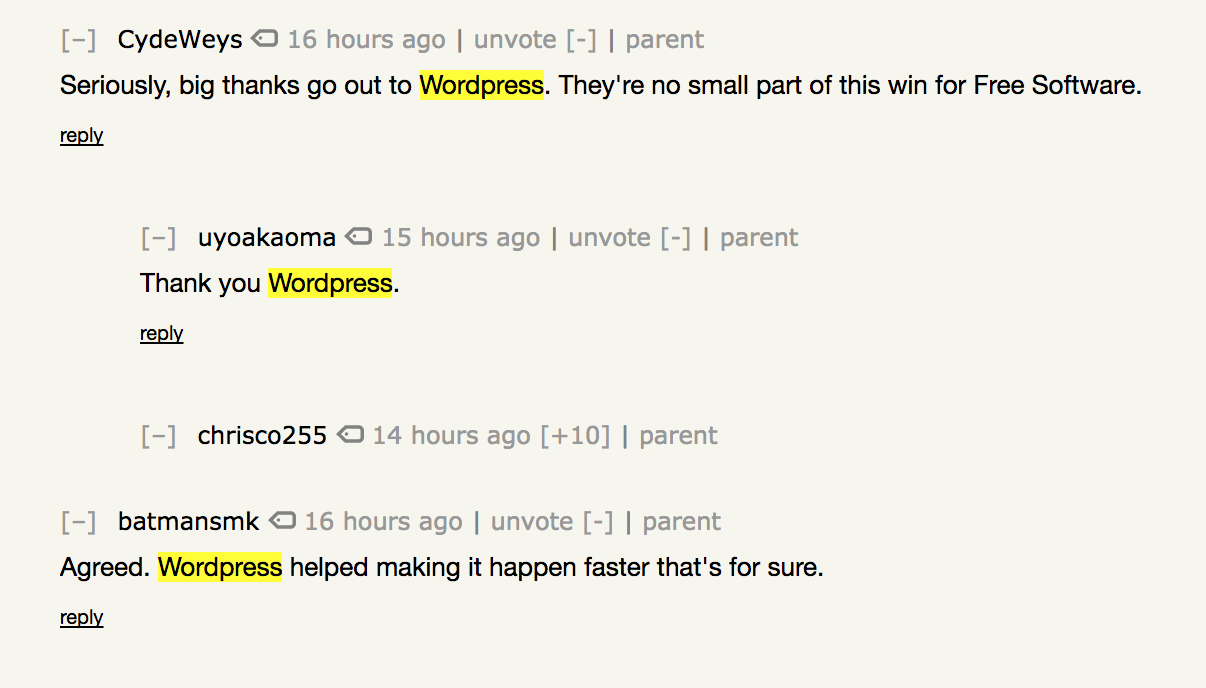 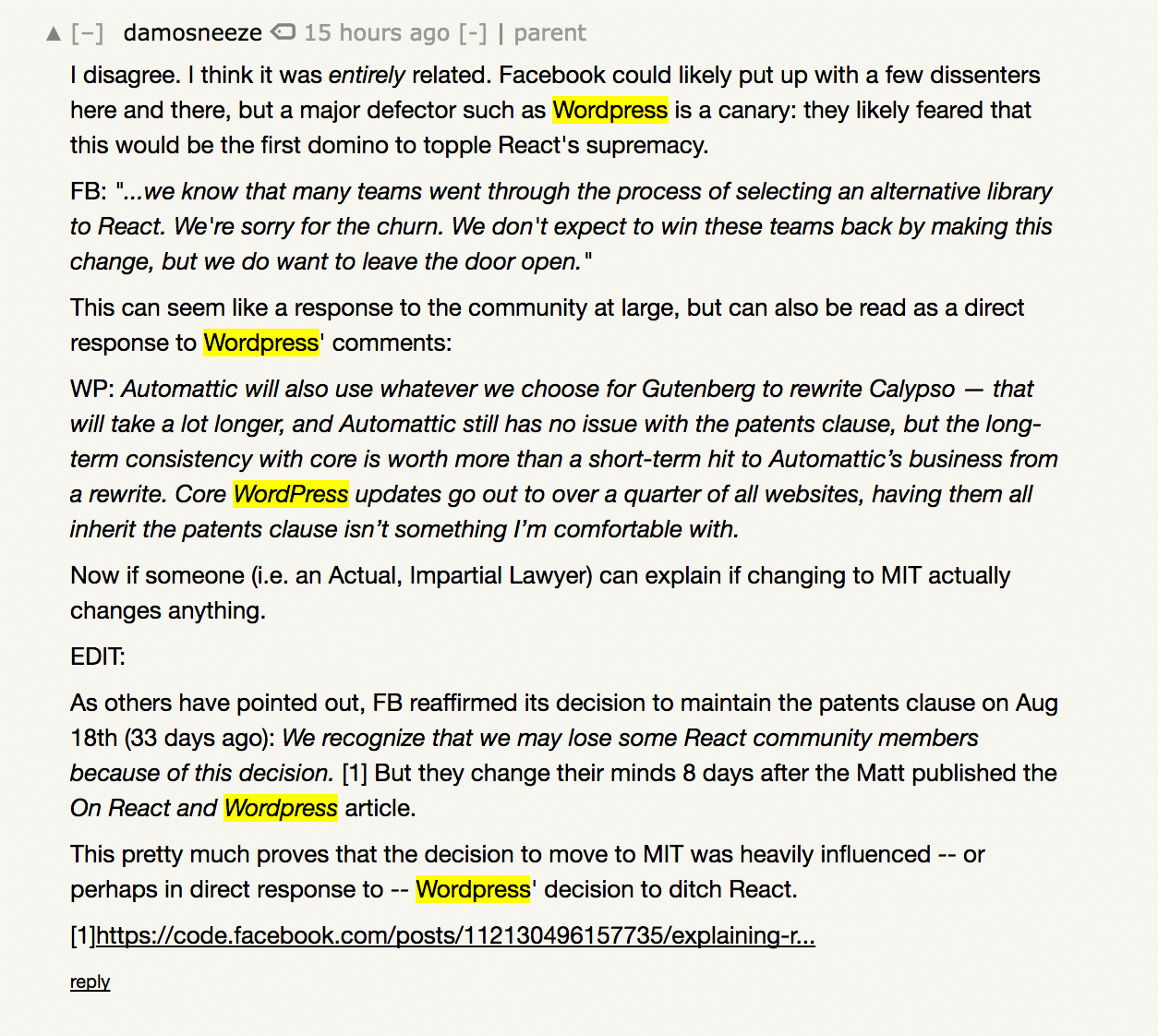 Well, looks like Matt is happy with the new license.

“Our decision to move away from React, based on their previous stance, has sparked a lot of interesting discussions in the WordPress world. Particularly with Gutenberg there may be an approach that allows developers to write Gutenberg blocks (Gutenblocks) in the library of their choice including Preact, Polymer, or Vue, and now React could be an officially-supported option as well.”
— Matt Mullenweg