Last weekend, WordCamp US was taking place at the music city, Nashville, TN, USA. Less did I know, I’d win an Automattic Design Award Trophy for Best Solution category. And WordPress founder — the Matt Mullenweg in his State of Word talk would ask for a round of applause, calling my open source work — “It’s very impressive!”.

Yes, because, that is what just happened. And I am beyond humbled by this and all the congratulatory I have been receiving from many many developers and companies in the community.

📺 Play just that part of Matt’s SOTW talk for the context?!

Appreciation is important for any open source project and developer. If you or your company benefits from open source, then be like Matt. Reach out and appreciate them. Just do it. It’s super nice of Matt to appreciate my work. Believe me, I lost a kg or two listening to that talk and everyone cheer for me.

— Now let’s talk about that trophy thing I mentioned.

I was browsing the newsletters and feed I’m subscribed to, reading WP VIP news and I found out that John Maeda — Head of Computational Design & Inclusion at Automattic — had announced Automattic Design Award. And the trophy, well see for yourself.

The 2018 Automattic Design Award trophy has been “grown” with an algorithm programmed and designed by Nervous System’s Jesse Rosenkrantz and Jesse Louis-Rosenberg whose work is in the permanent collection of the Museum of Modern Art.

My initial thought was that it’s going to be something about Automattic. But no, that wasn’t true. Let me just quote the source:

What is Automattic Design Award?

It’s the start of putting a spotlight on some of the best designed ideas out there in the WordPress ecosystem on the eve of Project Gutenberg’s official release. There will be nine awards total with three trophies awarded in each category of Best Site, Best Solution, and Best Style.

The jury represented some of the best design community folks, creative leaders from digital agencies, leaders of design within the open-source WordPress project, and the new Head of Design Innovation at Automattic Alexis Lloyd. Plus Automattic’s new Artistic Director Eriko Kawakami. Here’s a list of all of them.

For more info, here’s at the award’s site.

I figured, that there’s no harm in applying for the best solution category. I reached out to a couple of folks, asked if create-guten-block would be something I should submit. Everyone said, “Go for it”.

That’s what I did. I have written on this blog about Create Guten Block Toolkit: Launch, Introduction, Philosophy, & More!

Long story short. Right before the WCUS, I was informed that I was one of the finalists and then on Saturday night, I won this Automattic design award trophy for my open-source work. #Humbled.

Seriously, I love this dope trophy I won. Who wouldn’t?! 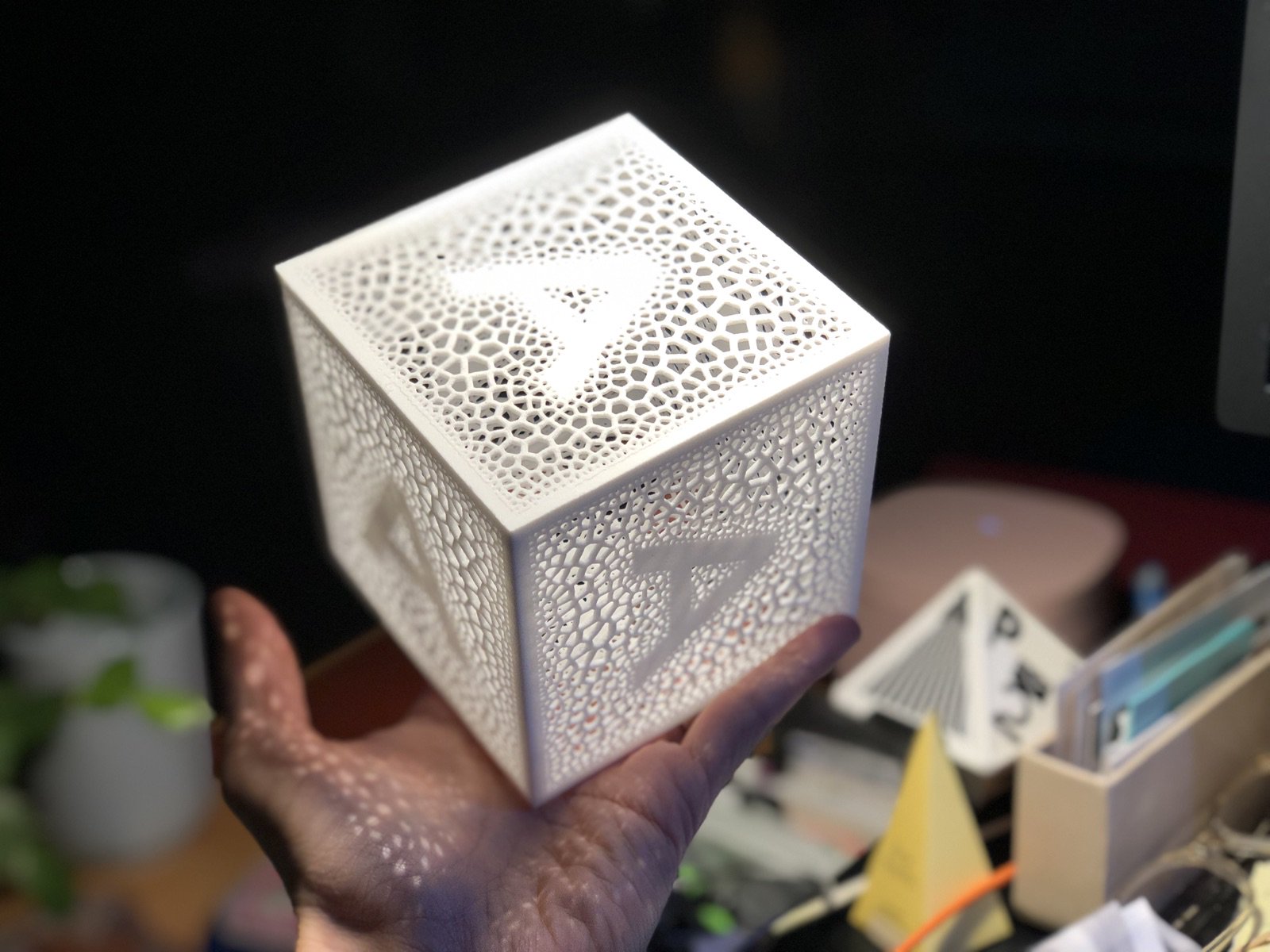 It’s the same project which received a round of applause in the SOTW talk from Matt Mullenweg and the audience at WordCamp US. What an amazing weekend — the feeling is indescribable so I am not even going to try.

I built this project to help developers find out just how powerful Gutenberg is. Get started with Gutenberg development amidst all the noise.

I wanted WP Developers to feel at ease while developing everything with JavaScript. To level the playing field with other JS developers who have all these awesome tools.

Honestly, configurations and integrations are hard, JavaScript is tough, coding is complex, and the developer’s experience suffers by all these things. This tooling project i.e. create-guten-block has helped over 20,000 developers and have been downloaded over 120,000 times.

Open source is amazing. I have been doing full-time open source for a couple of years now. But many times it’s really really hard. You can easily feel the burnout. Sponsorship and appreciation are unheard of for over 90% of the open source projects.

I’m thankful to everyone who appreciated my work, to Matt Mullenweg for his ENORMOUS appreciation this WCUS, to John Maeda for celebrating open source and to all the jurors who selected create-guten-block for the A8C Design Awards trophy. My wife and I love the WordPress community. It feels awesome to be loved back.

I also want to make it clear that it would not have been possible for me to build, work, and maintain such open source projects without my backers and partners — who’ve helped sponsor my wife’s and my time on open source. You folks rock!

Partnership: What/How? Read more about it →

😇 It's an absolute honor to be an #AutomatticDesignAward Finalist. Wasn't there at #WCUS— I hear every finalist is getting this dope award trophy. Waiting to receive mine.

Thank you @Automattic @JohnMaeda @AlexisLloyd @photomatt for all the appreciation of my open source work! pic.twitter.com/tBQts4kVg7