🆕 Check out Emoji Log and 🌟star it on GitHub here →

I like emoji. I like ’em a lot. Programming, code, geeks/nerds, open source, all of that is inherently dull and sometimes boring. Emoji (which is, in fact, the plural of emoji) helps me add colors and emotions to the mix. Nothing bad if you want to add emotions to this 2D flat text-based world of code.

But the problem is that on MacOS the $ git log command is a little emoji-racist (yes, it’s a term that I coined and I have a post that I am writing about it). Apparently, if you run $ git log in your terminal it doesn’t display emoji.

But if you add the argument --no-pager to it, that does work.

So, after searching a bit, I found out that Git’s pager defaults to less. So, my next attempt was to try and print an emoji with less. Didn’t work. Now, I knew what was causing this issue. It was definitely less.

After trying to disable less on recommendations from several answers over there at StackOverflow, I almost gave up, as none of that worked.

Finally, I thought about updating less as MacOS comes with a pretty old version of less, I think it was 458, whereas the current version of less is 530. (If MacOS was open source, I’d have found myself pushing a PR to update less — Apple, did you hear that?!).

So, our old friend Homebrew came to rescue. Instead of going through the trouble of downloading and compiling the latest source of less I just ran the following command.

Since less which used to be a part of homebrew/dupes was migrated to homebrew/core. And guess what, this is what fixed my git log. 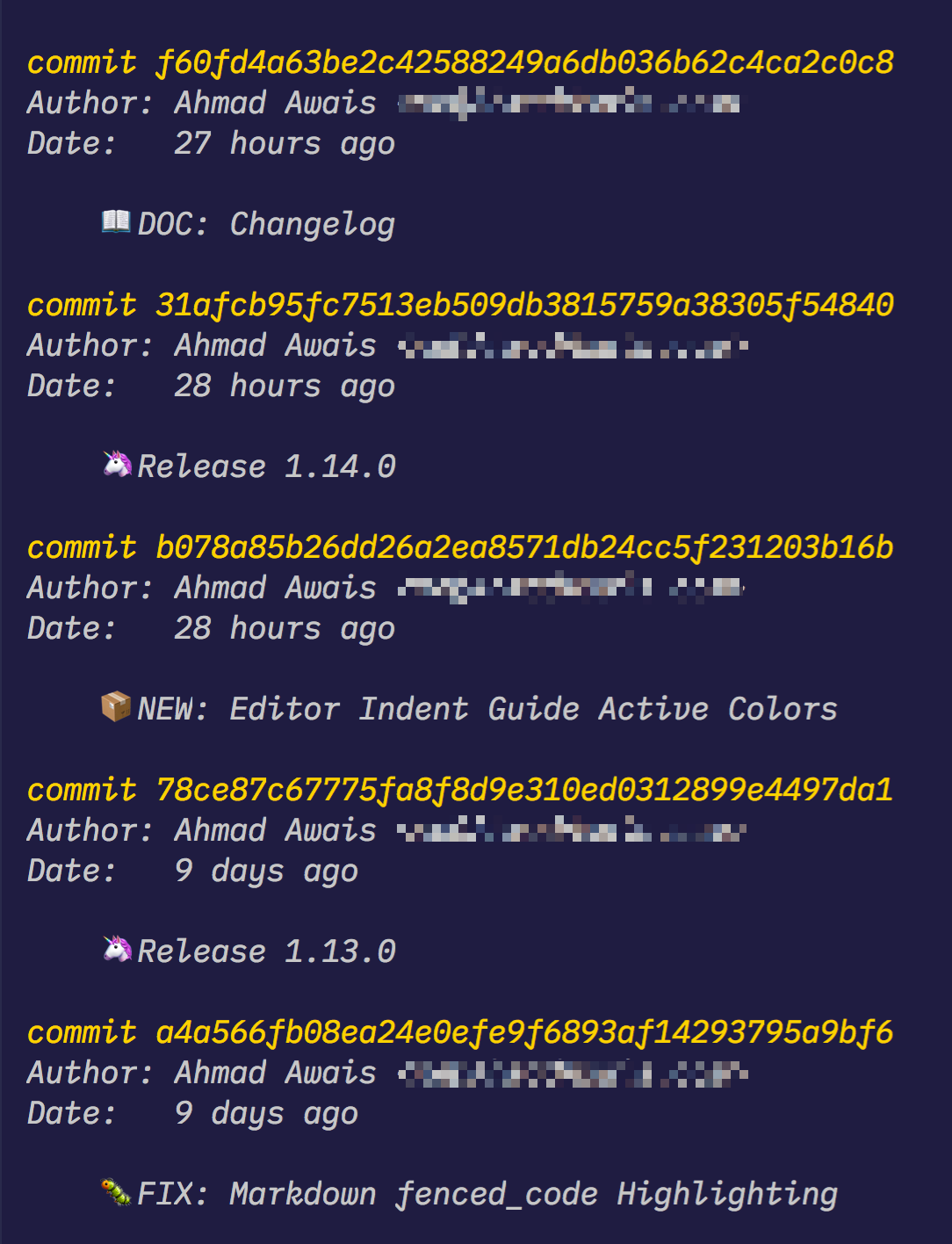 Make your git log even better! I use the following alias in my ZSH/Bash rc files. It saves lots of space and gives me more human readable info.

And I end up with this: